With a successful first pre-season test at Jerez under his belt, the 21-year-old travelled to the home of the Spanish Grand Prix this week to complete three more days of running (Tuesday to Thursday) with Carlin – the reigning F2 Teams’ Champions.

The ADSS-supported driver completed 220 laps and notched up 1023 kilometres of running in Barcelona. When added to the laps and distance he covered in Jerez, Louis’ pre-season testing totals check out at a very healthy 465 laps and 2105 kilometres.

“It’s been a very productive test in Barcelona and I’m definitely happy with how everything’s gone,” he explained. “We ran through a comprehensive programme across all three days and I think we made a good step in every aspect.

“Testing isn’t just about your pace over one lap. It’s about every single detail and working to get all of the elements right. For instance, if you have a pole position in a race and you don’t make a good start because you haven’t worked on that during testing, your race can be over very quickly.

“It’s the details that make the difference if you want to win – and that’s definitely the target for me and the team in 2019.”

Louis showed consistently strong pace across all three days at the 4.65km Barcelona circuit, placing his car inside the top-six times during four of the six sessions.

With three weeks until the first F2 round of the 2019 season gets underway at the Sakhir International Circuit, Louis and his team still have some work to do to be fully ready for the opening pair of races in the Bahrain heat.

He said: “We were using medium and soft tyres this week and all of the teams experienced higher degradation than expected at the front. This is something we have to think about going to Bahrain, especially with the temperatures being higher over there than they have been in Spain.”

But fruitful back-to-back pre-season tests have boosted Louis’ confidence as he pushes to make his mark in the F2 category this term and continue his bid to earn a place on the Formula One grids of the future.

“I have a very positive feeling after testing and I can’t wait to go into the first race weekend and put everything together. The hard work has been done. Now we want to see the results,” he said. 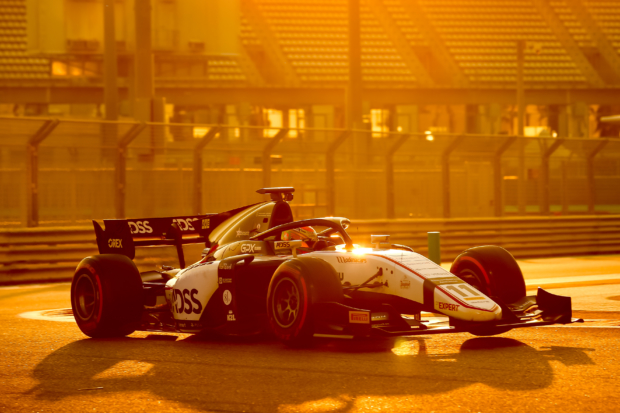