The Swiss driver mounted a strong challenge for victory during Saturday night’s Feature Race before just missing a place on the podium with very fast and unexpected tyre degradation. He then added a further six points to his weekend tally – taking his total haul to 16 – on Sunday afternoon when he sealed P6 in the Sprint Race.

“We got some very good points during the weekend and the performances in both races were strong, but I have to say I was expecting a little bit more in terms of the final results,” the ADSS-supported driver reflected.

The 22-year-old, on the podium last time out at Sochi in Russia, started the 12th round of the season quickly and emerged from Friday’s floodlit qualifying session as the third quickest driver.

When the lights went out to signal the start of the 31-lap Feature Race on Saturday night, Louis immediately catapulted from P3 to P1 on the opening lap and settled into a comfortable rhythm at the head of the field.

Swapping from his super soft to soft tyres on lap 7, Louis returned to the track in a strong position and quickly set the fastest lap of the race with fresh rubber on his Carlin machine. He looked odds-on for his first F2 win when very fast and unexpected tyre degradation cost him valuable time in the closing stages and he had to settle for P4.

“I had a superb start and took the lead. Everything was going great and I was managing the strategy really well. I had a big lead – like 8 seconds after the pit stop – and then the soft tyres just dropped dead with four laps remaining,” Louis explained. “It was a very unexpected situation and lost me everything. I was really disappointed because I felt totally in control and had the result in my pocket.”

Louis made it his objective to put that frustration firmly behind him on Sunday as he confidently managed his soft tyres during the 22-lap Sprint Race in which overtaking is notoriously difficult. The reward was a P6 finish and enough points to secure P8 in the final Drivers’ Championship standings.

He said: “It’s been quite a tough season with some technical problems that were out of my control, but there were also many positive moments – like my three podiums.

“I’d like to thank all of my sponsors for their invaluable support this season and also all the guys at Carlin for their hard work during 2019.

“I think we can look at the future in a good way after finishing the season strongly.” 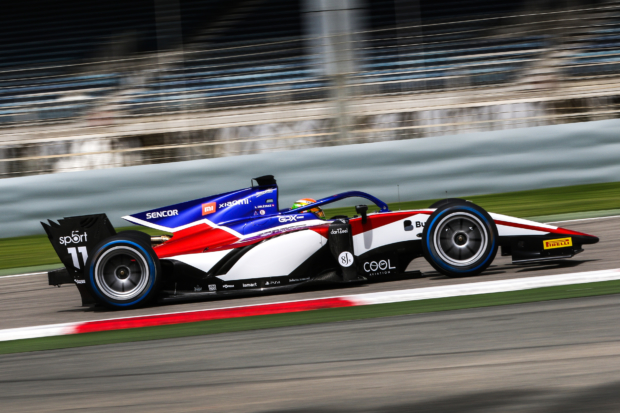