The European Le Mans Series raced in to Le Castellet to take on Round 3 at the Circuit Paul Ricard for 4 hours of adrenaline-fueled action with Louis Delétraz and ORLEN Team WRT hoping to continue form and make it three wins from 3. But luck wasn’t on their side after an eventful race the team finished in P5.

“It was a tough race today, but I think we tried our hardest, it just wasn’t our lucky day. We know as a team we cannot win all of the time and we also need to accept to lose together and that’s what’s happening today.” Louis said.

The experienced Swiss driver who is a big fan of the Paul Ricard circuit started off the race weekend with momentum on his side, after collecting two wins from two at Barcelona and the Red Bull Ring. First up was Free Practice 1 and a chance for the team to fine-tune the #41 car. After the 90-minute session the ORLEN Team WRT finished with a 1:44.328, which set themselves a marker for the weekend. In Free Practice 2, the team were even quicker, finishing the second 90-minute session with a 1:43.571 which gave them the car set-up for Qualifying.

It was an eventful Qualifying session with a red flag shown in the closing stages, but soon after the restart there was a mad dash for the last 5 minutes. Louis Delétraz was the quickest out of track and was set to start the race in P1, until he was narrowly beaten in the dying seconds of the session. However, the team would still start at the front of the grid on race day.

It was a sunny start to race day, dry track conditions and the ORLEN Team WRT ready to fight for the race win and hoping to win the 3rd race of the season. It was time to settle the nerves and get the race underway with Yifei taking the first stint for the team. He immediately went on the attack and overtook the #26 G-Drive car to lead the 4hrs of Le Castellet.

It was Lap 22 before the first race incident, a FCY gave the team the opportunity to change for fresh tyres and fuel. Soon after, a Safety Car was needed for another racing incident and it was Lap 50 when the ORLEN Team WRT came in to make their 2nd pit-stop and driver change, with Kubica taking the second stint. The #41 car still safely in P2, but sadly the team were then given a 5 second penalty for breaking the start procedure.

The REMUS-supported driver, Louis Delétraz jumped into the car for the 3rd and final stint and needing to take the fight to the rest of the grid. Louis was fighting with United Autosport, the #22 and #32 cars for the podium spot. Unfortunately, there was more drama as an LMP3 car caught fire and caused a wrongly timed FCY which cost the ORLEN Team WRT around 30 seconds loss on strategy. Meaning all hopes for the podium disappeared.

The ORLEN Team WRT made their final pit-stop on Lap 103 for fuel and to then take the 5 second penalty, which meant the team were now in P5.

It was bad luck for the team and after 4 hours of exhausting driving at Le Castellet, Louis Delétraz and the #41 ORLEN Team WRT Oreca 07-Gibson crossed the line in P5 but claimed more vital points to lead the 2021 ELMS championship!

Louis Delétraz: “It was a tough race today, but I think we tried our hardest, but it wasn’t our lucky day. There was a lot of full course yellow’s and we lost a lot more time than we would have wanted to in those situations. I also think we were not as strong as we normally are on pace.

We know as a team we cannot win all of the time and we also need to accept to lose together and that’s what happened today. It wasn’t a great race, but we still scored points and we’ll keep learning every time to be better and better. We are pushing, and we are still  in the Championship lead, so that is the positive from this weekend.” 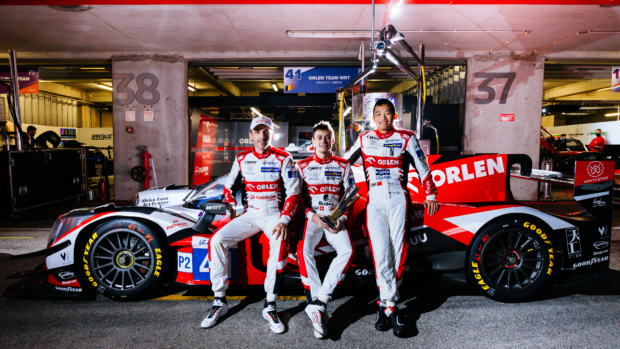 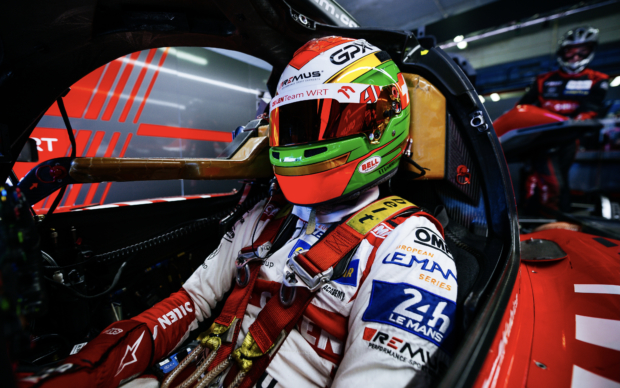